The fourth book in the series Tracy Crosswhite named The Trapped Girl will be released in the near future.

Tracy Crosswhite, aged 42, divorced without children. She is the best detective of Seattle police station with highest graduation mark in the history of 20 years. Nobody in Seattle does not know about Tracy, not only for her great trophies but also for her sister’s lost 20 years ago.

In a raining night, young girl Sarah Crosswhite on the way home after a shooting competition was reported to be lost. Nobody found her, although the searching extended for weeks with whole efforts of people in town. The suspect was captured but Tracy did not believe in evidences that the police gave. Quitting her dream job as a high school teacher, Tracy decided to enroll in the police academy to find the truth about her sister’s case.

(Pic: Series Tracy Crosswhite is famous all over the world)

The story about a female policeman looking for justice was captured clearly by Robert Dugoni in the legal fiction series Tracy Crosswhite. The common feature of the stories in this series is that the victims are often women: The first one My sister’s grave is about Sarah’ s lost, the second one Her final breath is about strippers, the third one In the clearing is about an Indian girl in the past of 40 years. 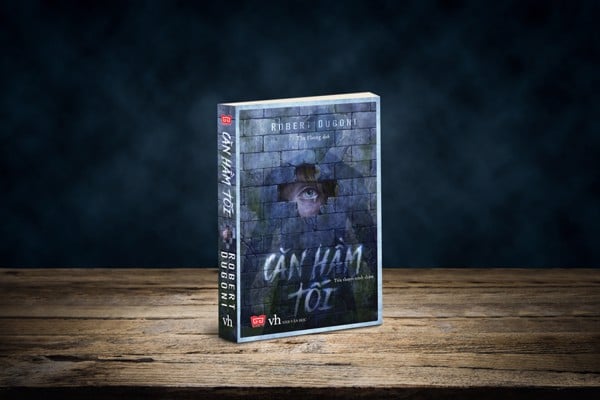 (Pic: The first one in the series was published on April)

Tracy Crosswhite is one of the female character that beloved by readers, not only because of her intelligence and logic mind, but also because she is a perfect female police that inspires others. In many interviews, Robert Dugoni said that he himself thinks that Tracy is a heroic when she lived with her sister’s case for ten years when many other would have choose to quit.

Being a male author writing about female, Dugoni was sometimes be in doubt that he cannot understand female psychology. But he said that he did not write Tracy Crosswhite at the view of a woman. Instead, he did it with the view of a man who lived with a lifelong would and everyday tried to survive. Sorrow is not for any seperate gender.

On the other hand, he used to living in a family which há 4 sister and a strong mom, so it is easy for him to look for them to find models of Tracy. Robert Dugoni is not just author of Tracy Crosswhite - bestselling novel on Amazon, New York Times, Wall Street Journal, but is also invited to teach writing all over America.

He is nominated for Harper Lee Prize twice for legal fiction, as well as being second rank of international mysterious novel pize 2015 and first rank of Nancy Pearl prize in the same year. Robert Dugoni’s work are at fast-pace, it can be compared to Stephen King’s, an author he admires. In recent 14 years, Dugoni’s work is about 18 books, 7 of them got in the list of best-selling books on big newspaper.

Sharing about challenges when writing legal fiction, Dugoni thinks that he himself often has to find ways to make the characters be lively and true to readers. Therefore, readers can understand and sympathize with real characters in the stories.

+ 3 reasons why parents buy books to read in … the dark

3 reasons why parents buy books to read in … the dark