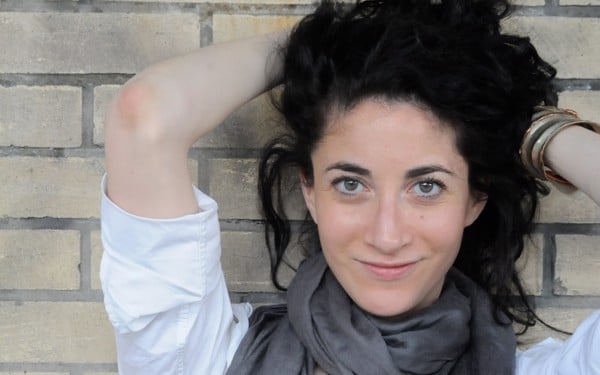 Lauren Oliver (born Laura Suzanne Schechter; November 8, 1982) is an American author of numerous young adult novels including Panic, the Delirium trilogy; Delirium, Pandemonium and Requiem, and Before I Fall, which became a major motion picture in 2017. Her novels have been translated into more than thirty languages internationally. Oliver is a 2012 E.B. White Read-Aloud Award nominee for her middle-grade novel Liesl & Po, as well as author of the middle-grade fantasy novel The Spindlers.

Oliver graduated from the University of Chicago, where she was elected to Phi Beta Kappa, and also received a Master of Fine Arts degree from New York University. In 2010, Oliver co-founded Paper Lantern Lit, a literary “incubator”/ development company now called Glasstown Entertainment with Razorbill editor and poet Lexa Hillyer.

Early life
Growing up, Oliver was both an avid reader and writer, stating, “I come from a family of writers, and so have always (mistakenly) believed that spending hours in front of the computer every day, mulling over the difference between ‘chortling’ and ‘chuckling’ is normal. As a child, after finishing a book, I would continue to write a sequel for its characters, because I did not want to have to give them up.”

As she continued in her writing, Oliver eventually made the switch to writing her own stories and characters, to some success. Writing was not Oliver's only passion, though. She also enjoyed taking ballet, drawing, painting, making collages, singing, acting, experimenting with cooking, and as she puts it, “(trying) to spend my time being as creative and useless as possible.” After finishing high school and moving on to the University of Chicago, Oliver reveals, “I continued to be as impractical as possible by majoring in philosophy and literature...inadvertently aided and abetted in my mission by my older sister, Lizzie, who pursued a Ph.D. in philosophy and cognitive science. This eventually led our parents to resign themselves to the fact that their children would never be lawyers, doctors, or even gainfully employed."

Career and novels
Oliver's first book, Before I Fall, was published on March 2, 2010, by HarperCollins in the United States, and by Hodder & Stoughton in the United Kingdom. The book follows Sam, a teenage girl, who has to go through the last day of her life seven times, each time learning new values and the mysteries surrounding her death. Oliver has said that she wrote all of the book on her BlackBerry while going to meetings on the subway. She would E-mail herself the chapters to later work on them some more.[citation needed] Open Road Films released the film version in theatres on March 3, 2017, with Zoey Deutch portraying main character Samantha Kingston.[6]

Oliver's second book, Delirium, is the first in her dystopian trilogy. Oliver's first novella, "Hana", was released after Delirium, showing Hana's perspective on the events that unravle in Delirium. The trilogy's second book, Pandemonium, was released on February 28, 2012. Another novella, Annabel, was released on December 26, 2012 as an e-book. It is placed before the events unfolding in Delirium. This details the story of Lena's mother prior to the events. The third and final book of the trilogy, Requiem, was published on March 5, 2013. A third novella, Raven, was published along with the third book, Requiem, on March 5, 2013 as an e-book. This novella follows Raven on her life and adventures between the events of Pandemonium and Requiem. On March 5, 2013, all three of the novellas (Hana, Annabel & Raven) were released together in a softcover book.

Oliver's first middle-grade book, about a girl who is visited by a ghost who says her dead father is stuck in Limbo and that only she can help him over, was published on September 1, 2011. Her second middle-grade book, entitled The Spindlers, tells the story of a young girl, Liza, as she travels into a fantastical underworld to rescue her younger brother from the sinister creatures. It was released on August 2, 2012.

Oliver's next book, a YA contemporary novel entitled Panic, was released March 4, 2014, and has been already optioned by Universal Pictures in a major deal. Panic is a contemporary fiction novel that tells the stories of Heather and Dodge who are recently graduated high school students in the impoverished small town of Carp. The action of the story revolves around the mysterious and dangerous game called "Panic" that takes place every summer after graduation. Panic involves a series of adrenaline pumping challenges that become progressively more life-threatening in order to weed out the weak and find out who is the most fearless of all. The winner of Panic receives a large sum of money (the year Heather and Dodge play the prize is $67,000), which is a chance to escape the poverty in which they all live.

This novel was followed by her first adult novel, Rooms on September 23, 2014, and another teen novel, Vanishing Girls on March 10, 2015. Vanishing Girls tells the story of two sisters, Dara and Nick, who are dealing with the aftermath of a disastrous car accident that has put a strain on their once inseparable relationship. The book alternates between the perspectives of Dara and Nick until Dara disappears unexpectedly around the same time a local nine-year old vanishes. Convinced that the two disappearances are connected, Nick decides she must find out what happened to her sister before it is too late. This book is a psychological thriller that uses regular prose as well as multimedia elements to unfold the mystery.

Oliver's third book for younger readers, and first of a new series, was released on September 29, 2015. Titled Curiosity House: The Shrunken Head, the novel is a collaboration with H.C. Chester.

Oliver's next young adult book, Replica, follows the story of two girls, Gemma and Lyra, asking the reader to read the same story but from two different perspectives.

Personal life
Oliver was born in Queens and raised in Westchester, New York, in a small town very similar to the one depicted in Before I Fall. She is the daughter of true crime writer Harold Schechter. Her parents are both literature professors, and from a very young age, she was encouraged to make up stories, draw, paint, dance around in costumes, and essentially spend much of her time living imaginatively. Her love of writing began with writing imaginative sequels to her favorite stories, before gradually writing her own. She pursued literature and philosophy at the University of Chicago, and then moved back to New York to attend NYU’s MFA program in creative writing. She simultaneously began working at Penguin Books, in a young adult division called Razorbill, and while there, she started work on Before I Fall. She left in 2009 to pursue writing full-time, and now happily works at home. Oliver lives in Brooklyn, New York.