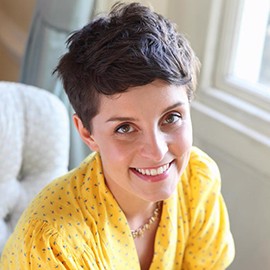 Jessica Kathryn Burton (born 17 August 1982) is an English author and actress. As of February 2017, she has published two novels, The Miniaturist and The Muse. The Muse has been published in 36 different languages. Both were Sunday Times no.1 bestsellers, New York Times bestsellers, and Radio 4's Books At Bedtime. Her short stories have been published in Harpers Bazaar US and Stylist.

Burton is also a non-fiction writer. Her essay's have been published in The Wall Street Journal, The Independent, Vogue, Elle, Red, Grazia, Lonely Planet Traveller and The Spectator.

Burton's work in theatre includes The Hour We Knew Nothing of Each Other at the National Theatre, London in 2008. As well as working as an author and actress, Burton has worked as a personal assistant in the City of London.

Writing career
Her 2014 debut novel The Miniaturist is set in 17th-century Amsterdam. The novel is inspired by Petronella Oortman's dollhouse now at the Rijksmuseum, although it does not otherwise attempt to be a biographical novel. The Miniaturist took over four years to write. It was the subject of a bidding war at the April 2013 London Book Fair.

Burton's second novel, The Muse, was published in 2016 and is set in a dual time-frame, during the Spanish Civil War and 30 years later in 1960s London. It was nominated for the 2016 Books Are My Bag Readers' Awards.

Burton's first novel for children, The Restless Girls, will be published in September 2018. The story is based on the Brothers Grimm tale, The Twelve Dancing Princesses.

As of February 2018, she is working on her second novel for children and her third novel for adults.