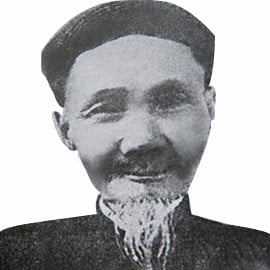 Ho Bieu Chanh was the pen name he made up from his last name. He was born in a poor family. By studying very hard, he passed the Thanh chung academy and worked for French government.

He became a writer soon, starting by learning Han letter and translating Chinese stories. His works then vary in many fields like poems, novels, short stories, history, reviews, screen writing… When he died, his work has reached the number of more than 100, including 64 novels, most of them were highly appreciated.